Hero with Self Esteem Issues 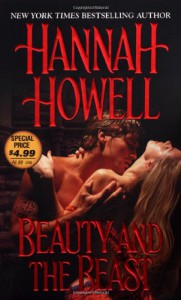 This book might have the beta-est beta hero ever, notwithstanding the fact that he's a fierce medieval knight who wields a broadsword, leads a band of loyal men, and is undefeated on the battlefield: despite all that, he's got serious self-esteem issues. Thayer has lots of battle scars, plus he's a freckled ginger, all of which combine to make him--in his own mind at least--the "Beast" of this book's title. I've never encountered a romance hero so obsessed with, and so insecure about, his own appearance... and it did not go over well.

Thayer returns home from battles in France to attend the wedding of his cousin, the heir to Seitun Manor, only tor learn that his cousin is dead and according to the terms of the marriage contract, Thayer himself is now heir to the Manor and to the late cousin's bride-to-be, the prodigiously beautiful Gytha. Rather than greeting this arranged marriage with joy, Thayer gets butthurt because Gytha's beauty means he'll spend his whole life chasing lovesick swains out of his wife's bed... because all pretty girls are cheaters, of course.

After some sexy times and near misses on the battlefield, Thayer and Gytha fall in love, but neither wants to tell the other because ... reasons. Plus, Thayer still doesn't trust Gytha's chastity, never mind that she's never given him any reason to doubt her, and his inability to believe that a beautiful woman would hitch her wagon to his star nearly unravels their marital felicity... that, and Thayer's uncle keeps trying to kill him, which also puts a damper on things.

Time passes, Gytha almost gets raped, gets kidnapped, almost gets raped again, Thayer rescues her and defeats the dastardly uncle... and then, just when you think the story is wrapping up, there's a surprise plot twist that makes it all too clear that Thayer still doesn't know what the fuck he's doing when it comes to women.

There's enough catnip in this story--arranged marriage trope (a weakness of mine), medieval setting, spunky heroine, amusing dialogue--that I stuck with it even though Thayer's awkwardness with women was not so much endearing as insulting and infuriating, but in the end, this book is simply "meh."