Trigger: If You're Dealing With Infertility or Miscarriage, Skip This Book 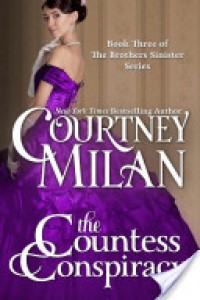 Being lesbians, my wife and I did not have our sons in the usual fashion. (Well, maybe we did, in the usual fashion for lesbians, but you know what I mean.) It took my wife nine cycles of IUI (colloquially known as "the turkey baster method," though it's much more clinical than that), followed by two cycles of IVF, followed by a rough pregnancy plagued with health scares until our son arrived a month early after an emergency c-section. It took me only 5 cycles of IUI, which seems easy by comparison, but then my pregnancy was just as rough, I got put on bed rest six weeks before my due date, and our youngest son also arrived early by emergency caesarian. Neither of us suffered a miscarriage, but we know many, many people who have, and we both lived in abject terror of such a loss throughout every. single. day. of our pregnancies.

All of this by way of background for this point: I could not have read this book if I had still been in the middle of the emotional roller coaster of disappointment and grief and loss and fear that was the process of trying to conceive, or if I, like so many women, had experienced a pregnancy loss, and so my number one gripe with The Countess Conspiracy is that it doesn't warn readers that it deals with these issues. The heroine, Violet, suffered nineteen miscarriages before her husband died, and the first half (HALF!) of the book hints that she's had some tragedy but doesn't reveal it until you're already invested in the story, and in my opinion that's unfair. For me, pregnancy loss is like rape: a lot of people have been through it, a lot of people are deeply impacted by the reminder of it, and those people deserve a warning before they buy the book. (That's why I didn't put a spoiler warning there. It's not like the big secret is all that critical to the plot. The dramatic conflict stems not from the fact of Violet's past miscarriages but on how she deals with them in the present.)

Even setting aside that fairly major objection, though, this story really didn't work for me, which is so disappointing because I love Courtney Milan and I love everything else that she's written, and also because the lovers in this book, Violet and Sebastian, were introduced in the previous two Brothers Sinister books and I was really looking forward to their story. In those previous books, they were sharp-tongued and funny, so I was expecting a fun, sharp, friends-to-lovers (one of my favorite tropes) story. Alas, this was not fun, not sharp, and though I bought the friendship, I wasn't feeling the romance.

Sebastian is known throughout Victorian England as the preeminent expert on the science of inheritance (after Charles Darwin). He lectures extensively and is both admired and reviled because of the risqué nature of his studies. Yet we learn in the opening chapter that he's actually a mouthpiece for Violet, who made all of the discoveries but can't lecture or teach because, as a woman, no one would pay any attention to her. Sebastian is tired of living this lie, and tells Violet he won't present her work anymore. He also tells her he's in love with her. Violet doesn't believe him, because he's a rake (she says, though we've never seen, in three books, any evidence of true rakishness), and because she copes with her secret traumatic past (nineteen miscarriages, did I mention?) by squelching messy emotions, and Sebastian's declaration of love is nothing if not messy.

I really didn't like the early conversations between Sebastian and Violet after his declaration, because she kept misunderstanding him and/or misinterpreting his words. It was very frustrating because I don't like big misunderstandings where an honest conversation could solve the problem, and here Sebastian was trying to have honest communication and Violet kept twisting his words and mistrusting his motives. That made her seem really irrational, which doesn't make sense where she was supposed to be a brilliant scientist. It also made her seem crazy and bitchy, which makes it hard for me to get in her corner and care about the outcome of her story.

Even after Violet's gotten on board and begins to return Sebastian's regard, her communication skills suck. She continues to misunderstand (and sometimes mislead) Sebastian, but she's not good at talking with other characters, either. She and her mother have two conversations (that are actually fairly entertaining) where Violet thinks she understands what's going on but turns out to be totally wrong. I have no patience with misunderstanding/misdirection as a narrative device, because it makes me dislike and mistrust the character, and also it's usually a lazy way to boost dramatic conflict.

The other thing I didn't like about this book is that it didn't deal with Violet's history of infertility and pregnancy loss in a way that felt real to me. First, nineteen miscarriages just seems way, way over the top -- two or three would have served the same narrative purpose. No one's tragic backstory needs to be that tragic. Second, both Violet and Sebastian talk about the miscarriages as times when Violet was 'sick', and they talk about the physical toll on her health but never of the psychological impact of such losses. I never had the sense that Violet grieved for those lost babies or what might have been, and maybe that was a defense mechanism, but it seemed unbelievably cold and kept me from relating to her as a character. (I grieved, in a small but very real way, during each and every failed IUI or IVF cycle; I grieved for the missed opportunity for those babies, and I can only imagine how much greater my grief would have been if I'd experienced an actual loss.)

I appreciate that Violet and Sebastian would be worried about finding safe ways to be intimate, but that's only half of the problem. They have to avoid more miscarriages, yes, but they also have to deal with the present reality that Violet is infertile. She can't have babies. If Sebastian marries her, he can't have an heir. Now, I know not everyone wants and needs babies, and that's fine, but as a reader, I needed them to have that conversation so that I could believe they'd really thought things through and were on the same page for the long haul into happily ever after, and they didn't.

I did like Sebastian's relationship with his brother, and I liked Violet's mom, but these were minor subplots that don't go near far enough to overcome my other problems with the book.

P.S. - Merry Christmas. Here are my boys, playing with some of their many presents this afternoon. Whatever grief, loss, and stress we suffered in our fertility journey, these handsome faces make it all worth it. 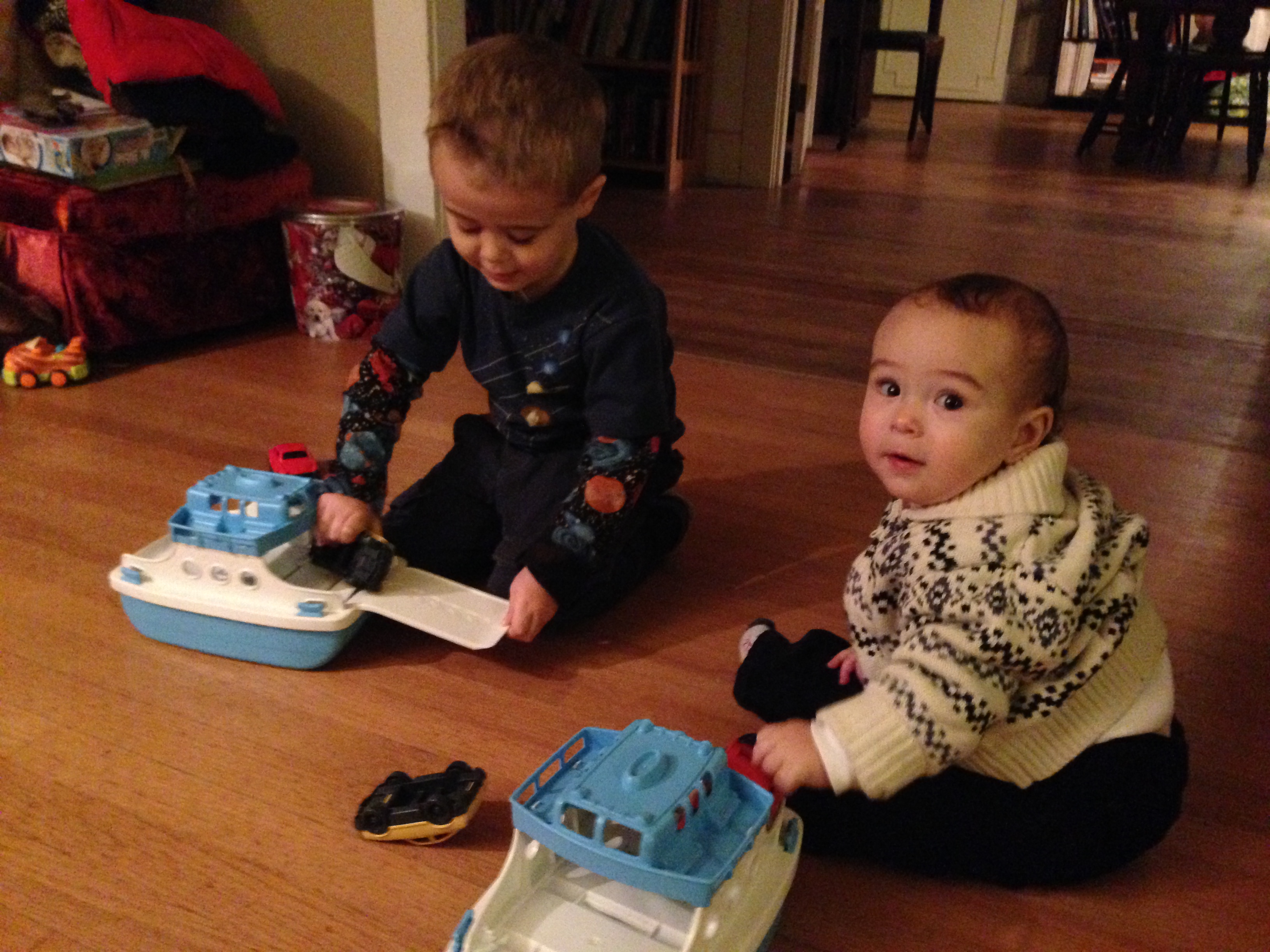