Give These People a Quarter for the Self-Esteem Machine 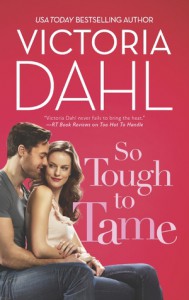 The hero is Walker, a stereotypically-named cowboy who has lost his job at a dude ranch for getting too cozy with the owner's wife. He didn't actually sleep with her, which annoys the wife to no end and which she means to remedy. He's also dyslexic, which makes him think he's stupid and not good enough to do anything but rustle cattle and drink beer for the rest of his days. The heroine is Charlie (Charlotte), a security expert whose reputation is in tatters after she was set up as a patsy in an embezzling scheme at her last job. We never fully know the details of that, which I think was a mistake on Dahl's part: if all we know is that Charlie got taken for a ride, without knowing how or why, and then at her new job all is not as it seems but Charlie can't figure out what's wrong, we quickly get the sense that she is a bit of a Dim Bulb.

Now, don't get me wrong: I loves me a good dyslexic hero who has secret insecurities about his intelligence. (Ash Turner of Courtney Milan's Unveiled comes to mind.) But there is nothing secret about Walker's insecurities: he just doesn't believe he amounts to much, and nothing anyone tells him convinces him otherwise. (Ash Turner, by contrast, was insecure about his inability to read as it kept him from connecting with his two intellectual brothers, but he was fully aware that in all other respects he was totally able to kick ass and take names.) Thus, despite the fact that Walker is a cowboy and a fighter and all that, don't make the mistake of thinking he's an alpha hero: he has a tough shell with a gooey interior made not of warm fuzzy emotional torment but just soft, melty, icky insecurity and self-disgust, and it's not the least bit sexy.