A Marriage of Inconvenience 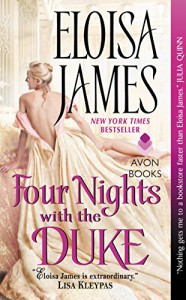 Once again, I let a week slip by before writing my review, and suddenly I have no idea what I meant to say. I enjoyed this book very much, although the end let me down a little bit.

Mia and Vander have both lived with scandal. Their parents' long-running extramarital affair was an open secret, even before they perished together in an inn fire. That same fire that killed Mia's father and Vander's mother also took Mia's brother and sister-in-law, leaving her to care for her young nephew, who is lame because of a club foot. Mia has always loved the boy (indeed, more than his own parents), but unless she marries within a year of her brother's death, the child's physical and financial well being will be entrusted to an unscrupulous, villainous guardian. Mia was on track to marry, but then her fiance jilted her at the altar a month before the one year deadline, leaving her in desperate straits. Consequently, she turns to Vander, her childhood crush turned the author of her most stinging humiliation, because though she doesn't like him, she knows he will marry her: he has to, because she has a letter that threatens his fortune and title. (Mia's actually a very nice girl who would never turn to blackmail except to save a child.)

Furious at the blackmail scheme, Vander agrees, but only with the understanding that he will only share his bed with Mia four nights a year (the bare minimum he considers necessary to get an heir). Foolish boy, he fails to consider that his own libido would prove much, much stronger than Mia's, and Vander suffers under their bargain more than she.

I enjoyed the sparks between the couple as their enmity shifted to attraction and ultimately to love, until the ending, which was a little angsty for my tastes.