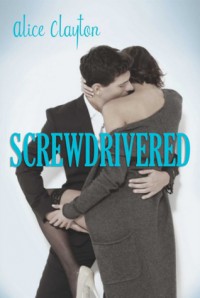 Viv inherits a gorgeous, beach-side Victorian house, complete with horses tended by a real-live cowboy. She immediately assumes that she's somehow landed in one of the romance novels she loves to read, and that she and the cowboy must be meant for each other.

The problem? The cowboy is kind of a Neanderthal.

There is a hot librarian, who actually (unlike the Neanderthal cowboy) seems to be able to string a sentence together and further (again, unlike the Neanderthal cowboy) seems to actually like Viv. The problem is that Viv spends all but the last few pages of the book Too Stupid To Live Notice. And in her obliviousness, she's often pretty douchey toward Clark the librarian.

This story was infuriatingly predictable, the characters flat. Clark was okay--(except for his refusal to call Viv by anything other than Vivian, even after she corrected him a zillion times--that habit grew on Viv, but not on me; it's just disrespectful not to call a person by what she tells you she wants to be called)--but that might be my bias toward beta heroes talking. Viv was a flake and I never warmed up to her. Clark could have done much better.

I was seriously annoyed by her dreams/fantasies in which she imagines herself in the most lurid, purple-prosed romance novel ever. These were supposed to be funny, but I'm defensive about the way non-romance readers view the genre, and these scenes bought into all the worst stereotypes in a way that touched a nerve and made my skin crawl.

As usual, Alice Clayton offers some snappy, funny dialogue, but on the whole this book could have been so much better than it was.